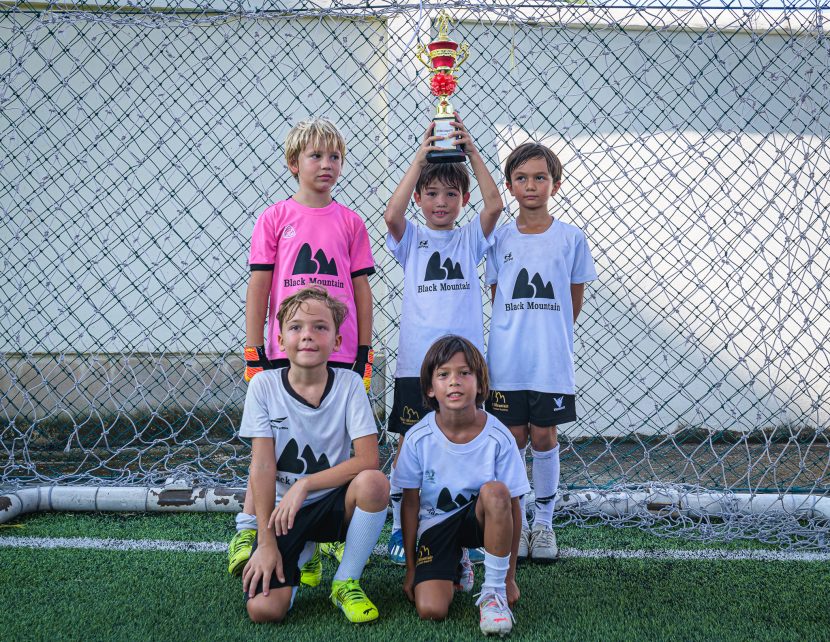 The Black Mountain Under 8s took part in the SPS Mini League XIII this morning. The team narrowly lost to Hua Hin City but went on to beat SS and Vanon Kanong winning the competition courtesy of a superior head to head record.

The team scored five and conceded just one in three matches at the King Kong pitch. It was only the second time they had played in a tournament or competition and Gary Stevens and the coaching team are delighted with the progress these players are making.

The highlight of the day was probably this long range free kick from Patrick:

Patrick, 8, scoring a free kick for the Under 8s in their 3-0 win over Vanon Kanon at the SPS Mini League XIII on Sunday.