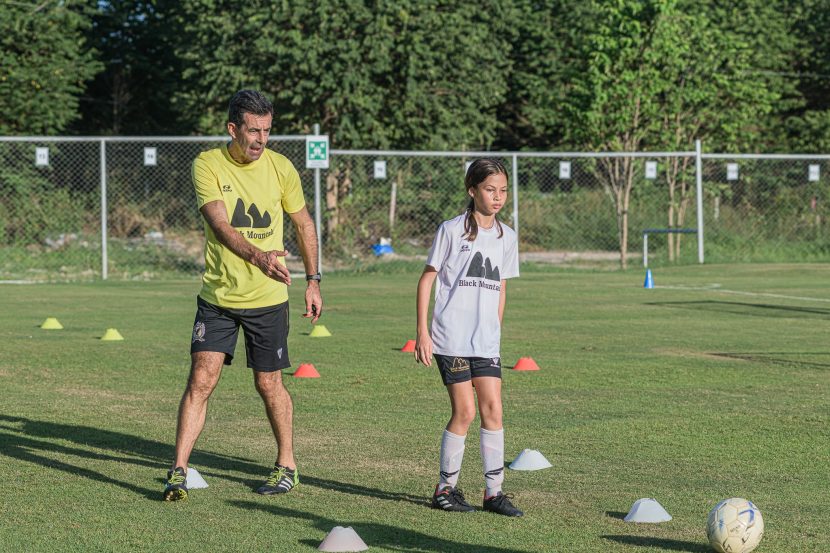 The Black Mountain Hua Hin Football Academy is launching a girl’s program this Wednesday (January 15th). Training will take place every Wednesday at the Hua Hin International School from 5-6pm and is open to girls aged 8-18.

Women’s football is the fastest growing sport on the planet and more than 1 billion viewers tuned in to watch the Women’s World Cup Final last year. However the tournament made headlines in this country for the wrong reasons as Thailand suffered a humiliating 13-0 loss to the U.S.A..

“First and foremost we want to offer girls of all abilities the opportunity to learn to play football in a fun and friendly environment. But we also want to set up girl’s teams, put on girl’s tournaments and help the sport to grow from a grass roots level. Maybe one day one of the players will be able to help the national team reach a major tournament and get some results that people in Thailand will be proud of.”

Stevens knows all about major tournaments and during his playing career he represented England in the 1986 World Cup and 1984 European Under 21 Championships, winning the latter competition. He also won the 1984 UEFA Cup with Tottenham and scored for Brighton against Manchester United in the 1983 FA Cup Final.

Stevens is a UEFA Pro Licenses coach who has managed several teams in T1 (formerly known as the Thai Premier League). Earlier this year he started a new role as the head coach at the Black Mountain Hua Hin Football Academy (BMHHFA).