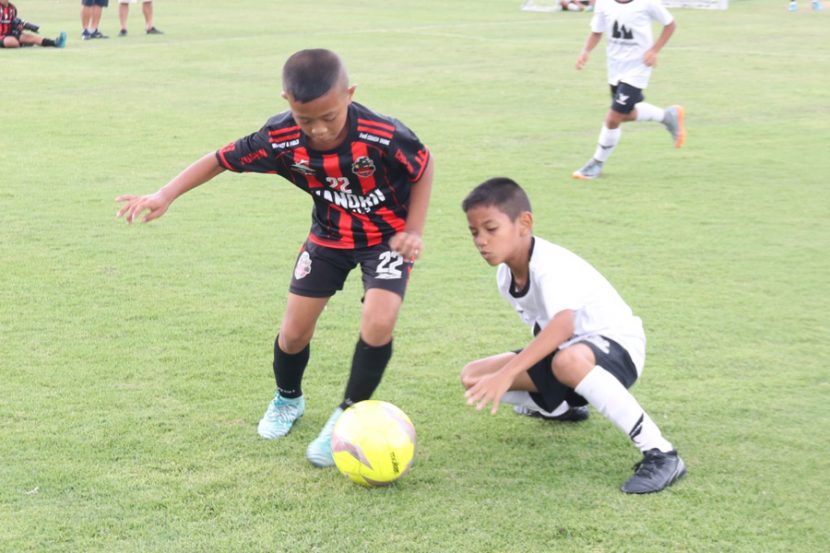 Three of our teams were in action against Vanorn Kanong yesterday. The Under 15s and Under 13s were beaten while the Under 10s drew.

The Under 15s conceded a goal without having touched the ball. But after that they dominated the first half and created a series of very good chances only to be denied by a combination of poor finishing and good goalkeeping.

Right winger Fluke equalized following a passing move that started on the right hand side of defense and involved virtually the entire team. But Vanorn Kanong scored with their second chance of the game following a mistake from Wave in goal. 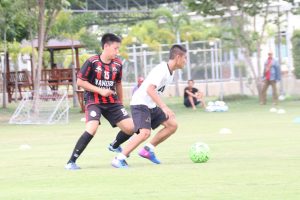 In the second half BMHHFA made several changes including bringing on goalkeeper Net for his debut. The team lost all its shape and Vanorn Kanong scored two more, with the lack of understanding between the new goalkeeper and defenders immediately apparent.

BMHHFA responses by reverting to its strongest line up and the result was relentless pressure. Boss saw a header somehow blocked at point blank range while a snap shot from 12 year old striker Moss somehow found the unsighted goalkeepers leg.

The goal was coming and Gluay scored it. He then set up another for Benz to sweep home and at this stage it was one way traffic but the final whistle sounded before BMHHFA could grab the equalizing goal, with the team very disappointed to lose 4-3.

The coaches were still delighted by the performance and happy that every single squad member got some valuable playing time. 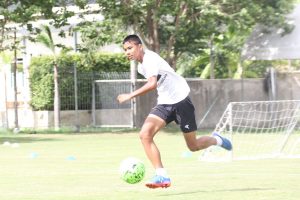 Next up were the Under 10s and it was a thrilling game. Goalkeeper Gan had to be at his best to pull off a series of first half saves but was finally beaten by a long range effort in the second stanza which pooped over his head.

Despite going 1-0 down the players kept their heads up and an equalizer arrived when Jayden burst forwards and found the back of the next with an unstoppable drive. The team lost a bit of rhythm after making multiple substitutions to ensure everyone got playing time and under the circumstances a 1-1 draw was a very credible result. 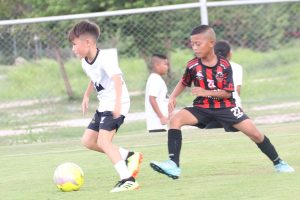 The final match saw the BMHHFA Under 12s playing together for the very first time. This was their first match and it showed with Vanorn Kanong playing much better football and scoring nearly every time they went forwards.

Moss pulled one back direct from the kick off but this was a bit of a mismatch and this team will need to spend a lot more time playing and practicing together before they are ready for tournaments and competitions.