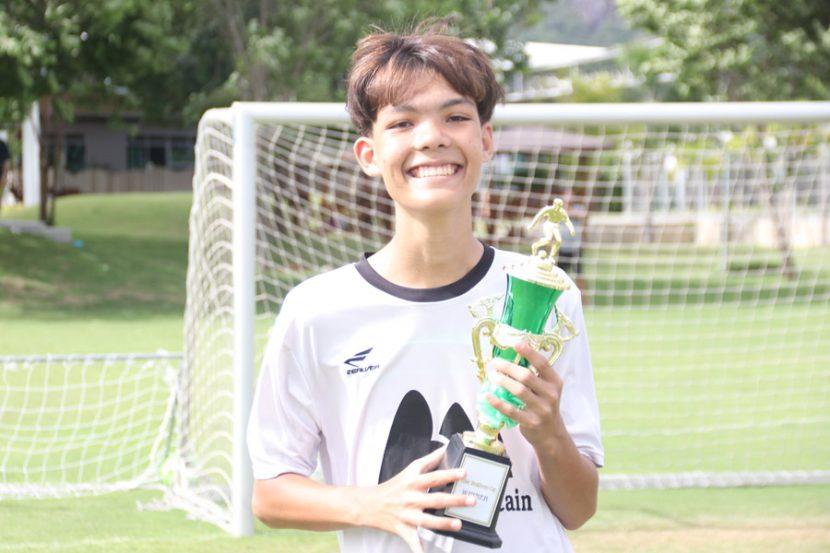 The opening fixture saw BMHHFA face old rivals Seahorse. The last time we played this team was on our opponent’s pitch, just a few miles away and we were beaten 2-0.

This time BMHHFA made a strong start with 12 year old striker Moss grabbing two first half goals. The team spurned several good opportunities which would come back to haunt them in the second stanza.

Seahorse changed nearly their entire team at half time and started strongly. BMHHFA came close to making it three when Boss powered a header from a corner goalwards but the keeper saved from point blank range. 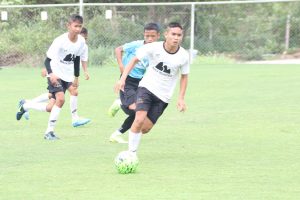 It seemed a matter of when, not if, Seahorse pulled a goal back and they made it 2-1 after Few lost the ball in midfield. The equalizer soon followed from a free kick after Boss had committed a foul on the edge of the penalty area.

BMHHFA rallied and looked dangerous on the break but Gluay wasted a few openings. The game seemed destined to end in a 2-2 draw which would have been a fair result.

But then, with injury time approaching, centre half Benz decided to try his luck from 50 yards and drilled an unstoppable shot into the top left hand corner of the goal to snatch a dramatic and somewhat fortuitous 3-2 win.

The second match saw Seahorse go up against Pak Nam Pran. In the first half both goalkeepers were very busy, pulling off a series of fine saves at either end. 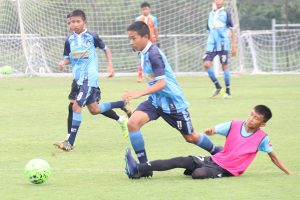 Seahorse were dominating possession but Pak Nam Pran looked dangerous on the break. It was the former who took the lead when a long distance shot got caught up in the heavy wind and confused the goalkeeper.

There was a slice of luck surrounding the second goal too only this time it was a cross getting caught up in the heavy wind and somehow finding the back of the net to give Seahorse a 2-0 win.

The final match pitted Pak Nam Pran against BMHHFA and it proved to be a bit one sided. Nat scored in the opening minute following a flowing move that saw the ball passed out from the back. 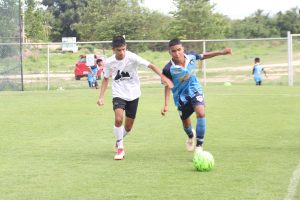 BMHHFA’s confidence was sky high and Moss grabbed two from close range while Gluay and Benz both scored screamers. In the second half Moss completed his hat trick while Gluay grabbed a second.

After having been disappointed to only finish second in a similar tournament at Seahorse’s stadium last month the boys were delighted to win this and the coaches were very happy with the football they played, particularly in the second match. 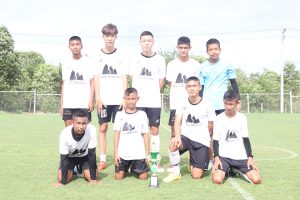