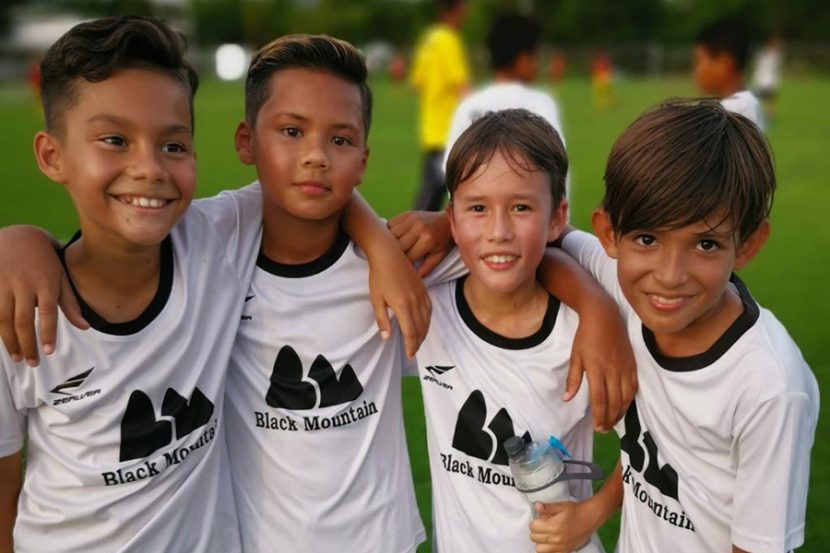 Yesterday we welcomed Hua Hin Junior to Black Mountain for four friendly matches. Our Under 10s, Under 15s and Under 13s played 7 a side while the Under 6s played 3 a side. 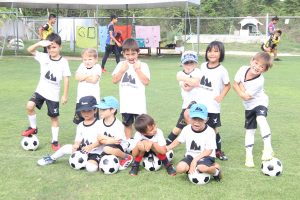 In total there were 42 players in action and the Under 15s, Under 13s and Under 10s scored 13 goals in their three matches, conceding 8.

The Under 15 game was a thriller with Hua Hin Junior taking an early 2-0 lead but BMHHFA coming back to win 5-4 courtesy of two goals apiece from Nat and Gluay with Boss grabbing the other.

The Under 10s took a 2-0 lead at halftime courtesy of strikes from wingers William and Gai, with the former putting in a man of the match performance on the left flank. 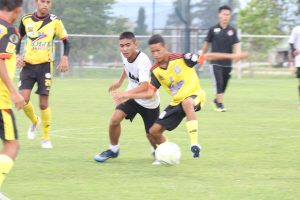 Ford scored a fine solo goal to make it 3-0 before Hua Hin Junior capitalized on a defensive mixup to grab a late consolation goal.

An impromptu Under 13 match was arranged as several players hadn’t had a chance to play. It was a very open and entertaining game with BMHHFA running out as 5-3 winners courtesy of a hat trick from Sprite and goals from Mai and Moss.

No-one was keeping track of the scoring in the Under 6 game but there were plenty of goals scored by both teams and you can see one of them here:

It was a really enjoyable afternoon, all the matches were close and competitive and we hope to welcome Hua Hin Junior back to Black Mountain for more matches in the future.