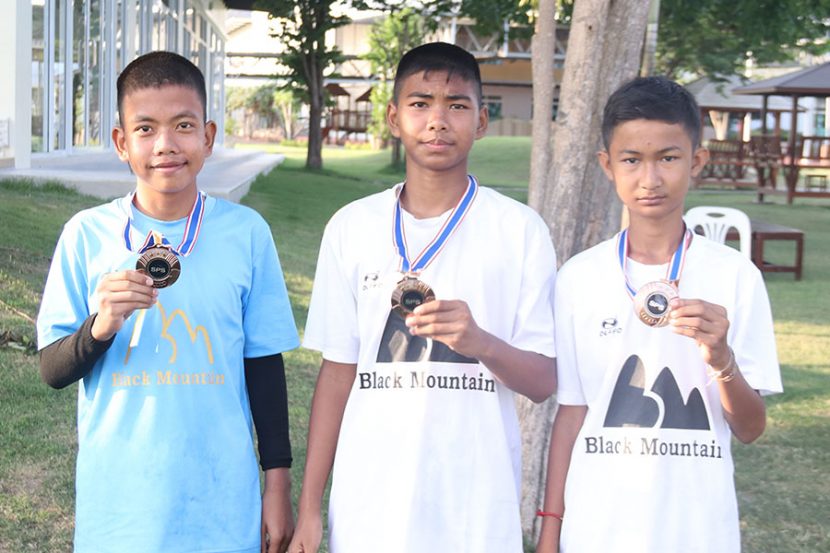 Out Under 15s and Under 11s were in action at the SPS Cup on Saturday and both teams did very well with the former narrowly missing out on the cup after losing 1-0 in the final match.

Former Brighton, Tottenham and England defender Gary Stevens spent the entire morning at the stadium, giving out tips and tactical advice.  Between them the two teams won all five matches that the former UEFA Cup winner and World Cup 1986 veteran coached them for.

The Under 15s won their first three matches without conceding a single goal. In comfortable wins over PK Academy C, Ban Pou Academy and 2 Touch the team played some fast flowing football and scored nine goals through Gluay, Julian, Benz and Nai. 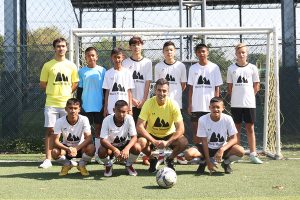 Match four against PK Academy B match was more competitive with Black Mountain taking a two goal lead largely thanks to Gluay’s pace and creativity before conceding for the first time in the entire tournament from a direct free kick.

It made for some nervous moments until Swedish midfielder Julian slammed a shot into the top corner to make it 3-1. In the fifth match the players looked exhausted but scraped past Ban Pou courtesy of an own goal.

With five wins from five we had one hand on the trophy but could only draw 0-0 with PK Academy A who won the penalty shoot out to leave us with 15 points from six games. 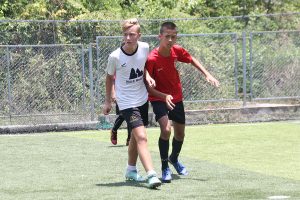 In the final match we played Ascot who also had 15 points. The winner would emerge as tournament winners but unfortunately we ran lost 0-1 and had to settle for second place.

Striker Gluay scored four goals while central midfielder Julian grabbed three and both had fine tournaments, although the latter was red carded in the final match.

Our Under 11s started superbly and won their first three matches, despite having only one 11 year old in the entire squad. Despite playing against bigger, older players the boys and girls held their own.

The first match was a somewhat fortunate 2-1 win over Hua Na B with Black Mountain conceding an early goal but equalizing after a fine close range volleyed finish from central midfielder Alex. 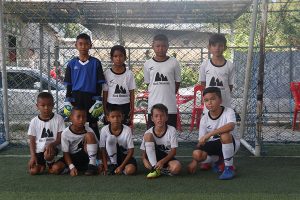 In the second half defender Focus made it 2-1 with a speculative shot from well within her own half. Next up was Raimai Academy and this proved to be another tight affair.

Neither side could breach the deadlock until defender Jayden stepped up to score with a late free kick from close to the halfway line, securing all three points.

The third match was against Hua Na A and this time the team started to play to their potential. Jayden and Focus made some vital challenges at the back while goalkeeper Gan was in fine form.

William and Nick persistently made inroads down the flanks and it was striker Ford who scored the only goal of the game, finishing smartly at the second attempt. 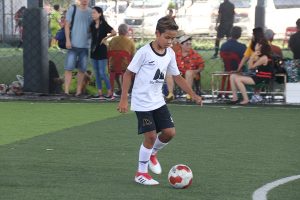 Next up was 2 Touch and the team’s luck ran out abruptly. The opponents took the lead after capitalizing on a misplaced goal kick to fire home from close range.

Black Mountain enjoyed the lion’s share of possession and had the better of the match against a bigger, older team. But unfortunately the finishing was off and the equalizer evaded us.

At this point central midfielder Alex had to leave and we lost our shape, losing our final three games. It was still a very encouraging performance given that we didn’t have a single outfield player born in 2008. 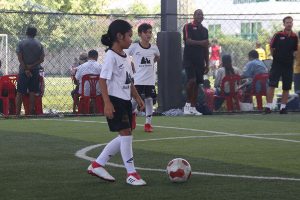 In a year’s time this team will be a match for just about anyone at Under 11 level. But it’s tough for 9/10 year olds to go up against players who are a year older and the boys and girls did themselves proud.

Overall we scored 17 goals and conceded 10. A big thank you to all the parents, players and coaches and a special thank you to Gary Stevens for coming along to support BMHHFA.