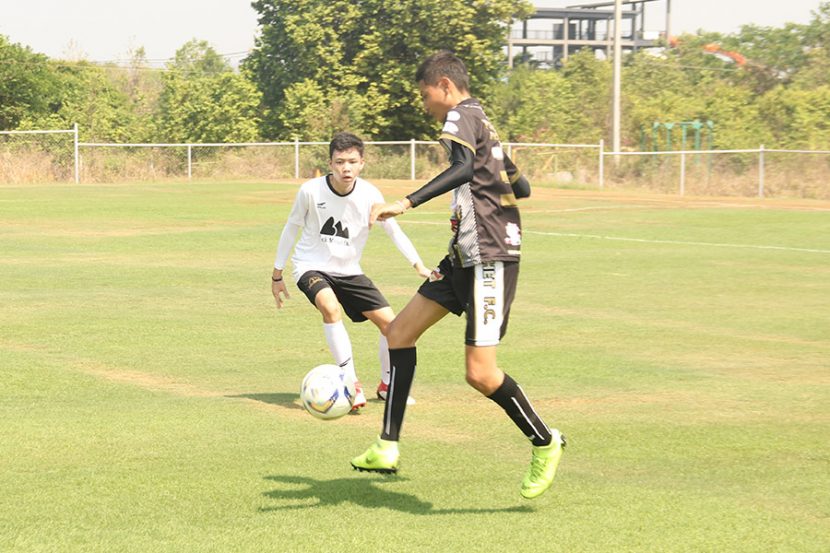 On Sunday we welcomed P Pet Academy to Black Mountain for four friendly matches. The heat was intense and with a couple of boys away on holiday we only had seven players available for our Under 15 team, who kicked off at 2pm.

Confound matters was the fact that the opposition team contained at least four or five 17 year olds. Despite the huge difference in size and age out team, which contained three 13 year olds, coped admirably.

Unfortunately one of our 13 year olds, Mean, was injured by a heavy challenge meaning we had to put our Under 13 goalkeeper Neung between the ticks and use our normal goalkeeper, Wave, on the left wing. 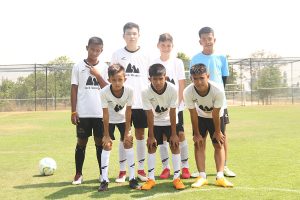 Gluay cannoned a shot off the crossbar and we looked the livelier team but P Pet Academy took the lead on the stroke of half time when a cross was headed in at the far post.

Neung was performing well but couldn’t stop P Pet making it 2-0 in the second stanza. Gluay then pulled a goal back but while the opposition were able to bring on fresh legs we had no substitutes and began to tire.

The game became very disjointed and P Pet surged into a 5-2 lead before defender Boss pulled a goal back after charging down a clearance deep into stoppage time.

This was a spirited performance against what was basically an Under 17 team and should make the players very confident that they can hold their own against just about any opposition of the same age. 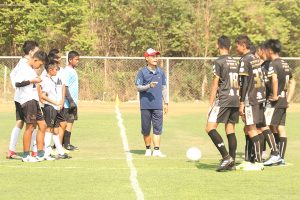 Next up were the Under 10s but unfortunately this turned out to be a bit of a mismatch. Dream opened the scoring and Nick, William, Alex, Ford and Cal, a 7 year old on holiday from Denmark, would all get their names on the scoresheet. 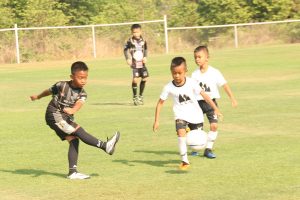 The Under 13s featured in the third match with Mean able to play a small part in the game. Louise fumbled in a corner to give the opposition the lead although he would go on to pull off a series of fine saves later in the half.

Bobby was on outstanding form in the middle and had an excellent opportunity to score following good work from Mean but blazed over the bar.

Pin grabbed an equalizer after beating the keeper in a one on one situation only for P Pet to secure a half time lead after scoring from close range. 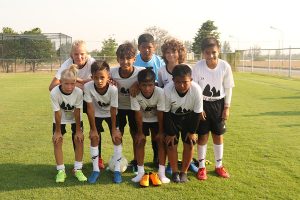 In the second half Bobby came close with a free kick but it was the visitors who would score next, running out as 3-1 winners. There was some very encouraging play in this game but we were forced to play several boys out of position which made it difficult to find a rhythm.

Finally P Pet Under 8s took on a team which consisted of a mixture of our Under 6s and Under 10s. Cal got two goals and Dream the other while it was a first taste of big sided football for two of our 5 year olds, Patrick and Kamin.

It was good to get back to competitive football after the songkran break and everyone enjoyed themselves despite the heat. Next up is a friendly match for our Under 15s against Black Mountain Water Park on Thursday night. 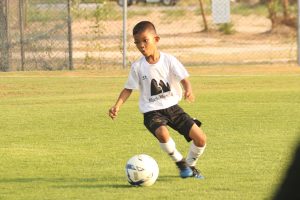