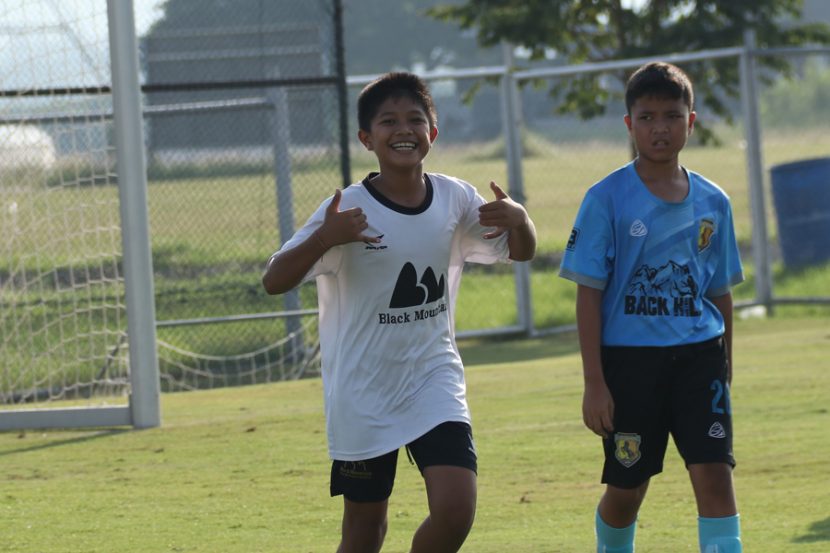 This afternoon at Black Mountain the BMHHFA Under 14 team played their fourth friendly match with Burexnong Academy the opposition. With two draws and a defeat from the first two matches the players were hoping to secure a historic first win, and they did so in dramatic style.

The match got off to the worst possible start when Burexnong passed the ball around confidently straight from the kick off and scored before BMHHFA had even had a touch. Fortunately the confidence of the players was not affected and they began to pass the ball around in some style, with Selda (below) and Mean linking up to good effect on the left hand side. 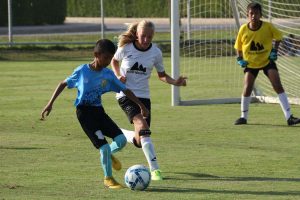 Selda played Mean in behind the Burexnong defence several times with chipped passes but Burexnong had an absolutely outstanding goalkeeper who plucked every cross out of the sky. BMHHFA were dominating possession and forced a series of corners only for Burexnong to grab a second on the counter attack.

The pressure on the Burexnong goal was constant and the visitors didn’t win a single corner in the opening half, but BMHHFA couldn’t find a way past the keeper and found themselves on the wrong end of a 4-0 scoreline at half time despite having enjoyed the lion’s share of possession.

Burexnong changed several players including the goalkeeper at half time and it allowed BMHHFA to seize the initiative. The goal was finally breached by Shell (below) who finished smartly from short range and central midfielder Julian added a fine solo goal from long range. 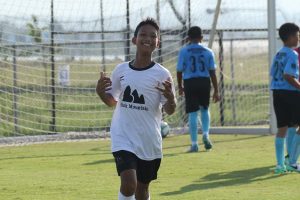 Shell scored a second to make is 3-4 but Burexnong again hit BMHHFA on the counter attack when defender Selda was outmuscled by the striker. At 3-5 it looked like the comeback was off but BMHHFA rallied with left winger Mean getting in on the goalscoring act.

With Bon and Selda looking solid at he back and Julian pulling the strings in midfield BMHHFA dominated the second half but time appeared to be running out. But just when the game looked lost substitute Sprite (below) got on the end of a through ball and finished with aplomb.

A draw was the least that the players deserved and in injury time at the end of the match Sprite made himself the hero, sticking the ball in the back of the net from close range to secure a historic first ever win for BMHHFA. The players were exhausted but ecstatic, and every one of them played their part. 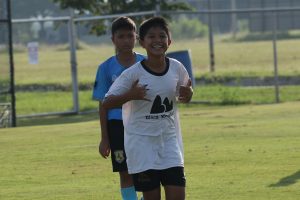 Bon and Selda were solid at the back and very composed on the ball, while the latter linked up with left winger Mean time and time again. Substitute Shell grabbed a brace for the second match in succession while Julian in central midfield was the best player on the pitch.

Pin worked tirelessly up front despite being far smaller than the opposition defenders and Wave’s distribution was outstanding throughout. Substitute Freem looked lively and it was another substitute, Sprite, who secured the win with those late, late goals.

This team improves with every match and it’s a real pleasure for the coaches to see how much progress all the players are making. 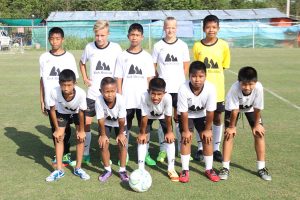