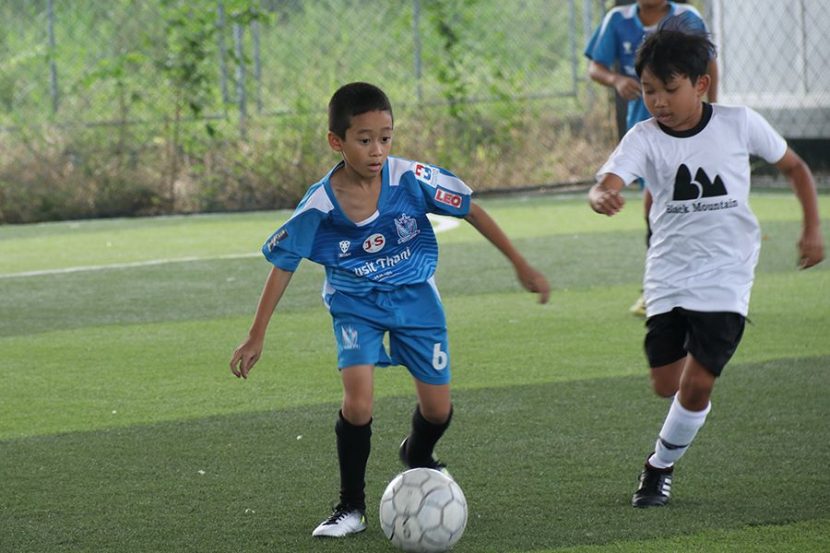 Last night our Under 10 and Under 14 teams were in action against Hua Hin City. It was the first time the younger boys had ever played together and they knew it would be a tough test against the academy of a professional club.

The Under 10s got the action underway with Sam in goal, Lewis and Alex at the back, Nick and William on the wings and Tiger playing through the middle. 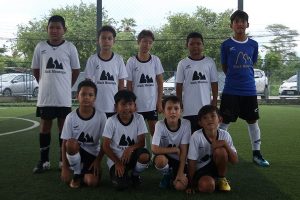 Hua Hin City had the majority of possession in the opening half but some solid goalkeeping from Sam and brilliant last ditch tackles from Alex helped reduce the host to a single goal.

With 20 minutes elapse the score was 1-0 to Hua Hin City, but the referee decided to play two additional minutes and the BMHHFA players lost a little bit of concentration in added time to concede two quickfire goals.

It looked a long way back for the boys, who had never played a match together or trained on an artificial surface before. But Nick (below) never stopped running and some intelligent distribution from replacement goalkeeper William helped give BMHHFA a foothold in the game. 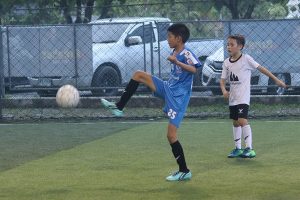 Opportunities were still few and far between but Tiger (main picture) stepped up to drive home a brilliant free kick from all of 20 yards. Hua Hin city hadn’t learned their lesson, and when they committed another foul in a similar area he repeated the trick to grab his second.

At 4-2 BMHHFA were back in the game but Alex was struggling with sickness and the team lost a little bit of rhythm after making a handful of substitutions with Hua Hin City grabbing some late goals to make the final score 7-2.

The last time that the Under 14s played Hua Hin City it finished 3-3 and this time the hosts put out a stronger side. For BMHHFA Wave was in goal with Tam and Julian at the back and Mean, Sprite and Freem in front of them. 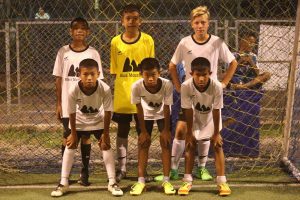 Wave was at his best to repeatedly deny Hua Hin City but couldn’t prevent them surging into a 2-0 lead. Mean pulled a goal back after a powerful run and well taken finish on the left wing and switching Julian from defence to midfield instantly made the team more dangerous going forwards. 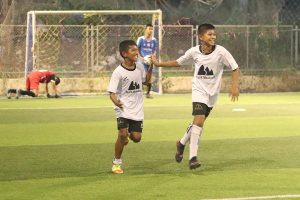 At half time it was 4-1 and Hua Hin City added another to make it 5-1. But with Julian (below) and Mean (above left) linking up well in the final third BMHHFA looked a threat and the former grabbed a brace with the latter claiming his second to make it 5-4. 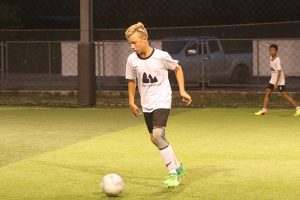 The BMHHFA coaches were surprised by the number of players turned up, with a few who haven’t been seen in training for several weeks deciding to put in an appearance. With so many substitutes rolling on and off it was inevitable that the team would lose momentum and this proved to be the case.

The team lost all its balance and a couple of mistakes from BMHHFA defenders gifted possession to Hua Hin City who scored two more goals to make the scoreline 7-4. It was a disappointing finish, particularly given how well the team had played at the start of the second half. 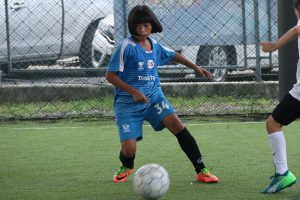 It’s going to be tough to compete against academy teams that have been playing together for years but this was a solid start and the more we play together the better we will get! We are in the process of arranging some more fixtures for the coming months, thanks to all the parents who came to support.